The Judges Panel reviewed titles published during the 2015 calendar year by diverse authors whose work featured a diverse main character or addressed diversity in a meaningful way. In the case of author pairs (or author-illustrator pairs), at least one member of the pair must be from an underrepresented community. The books covered many genres and included both fiction and nonfiction works. The award’s mission is to honor the memory of Walter Dean Myers and his literary heritage, as well as celebrate diversity in teen literature.

We Need Diverse Books(TM) is a 501(c)(3) organization established in 2014 to address the lack of diverse representation in the children’s publishing industry. The Walter Dean Myers Award is one of many initiatives funded or supported by WNDB(TM). http://weneeddiversebooks.org/

Notable Books for a Global Society: The Children’s Literature and Reading Special Interest 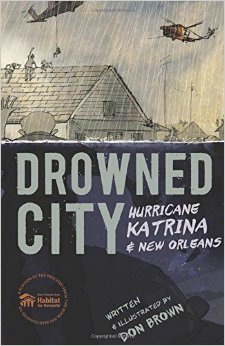 Group of the International Literacy Association is pleased to announce the 2016 Notable Books for a Global Society.  The list includes picture books such as Juna’s Jar by Jane Bahk, tween novels including Stella by Starlight by Sharon Draper and Orbiting Jupiter by Gary D. Schmidt, and nonfiction books including Drowned City: Hurricane Katrina and New Orleans by Don Brown and Sitting Bull: Lakota Warrior and Defender of his People by S.D. Nelson. Please visit http://www.clrsig.org/nbgs_books.php for a printable list of winners and additional information.