The Sydney Taylor Book Award honors new books for children and teens that exemplify the highest literary standards while authentically portraying the Jewish experience.  The award memorializes Sydney Taylor, author of the classic All-of-a-Kind Family series.  The winners will receive their awards at the Association of Jewish Libraries Conference in Charleston, South Carolina this June.

Winners and Honor recipients will be participating in a blog tour from February 7-12, 2016.  For more information about the blog please visit www.jewishlibraries.org/blog.

In addition to the medal winners, the Award Committee designated twelve Notable Books of Jewish Content for 2016.  More information about the Sydney Taylor Book Award can be found at www.SydneyTaylorBookAward.org. 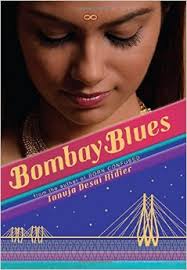 Finalist: Somewhere There Is Still a Sun: A Memoir of the Holocaust by Michael Gruenbaum with Todd Hasak-Lowy (S. & S./Aladdin)

gay, lesbian, bisexual, transgender, or queer/questioning content, and which are aimed at youth, birth through age 18. The list is intended to aid youth in selecting high-quality books that were published between July 2014 and December 2015. The list also is intended to aid as a collection development or readers’ advisory tool for librarians serving children and young adults. Selected titles include SLJ Best Books More Happy Than Not by Adam Silvera and Carry On by Rainbow Rowell and SLJ starred titles What We Left Behind by Robin Talley and Lizard Radio by Pat Schmatz.

Edgar Allen Poe Awards: The Mystery Writers of America revealed the nominations for the 2016 Edgar Allan Poe Awards. The Edgar Allen Poe Awards celebrate the best titles in mystery fiction, nonfiction, television. The nominations for Best Juvenile and YA include SLJ starred Blackthorn Key by Kevin Sands and SLJ Best Book The Walls Around Us by Nova Ren Suma. Below are the other children’s and teen books up for the big award. The winners will be announced at the 70th Gala Banquet, on April 28 at the Grand Hyatt Hotel in New York City.

If You Find This by Matthew Baker (Hachette/Little, Brown)

A Madness So Discreet by Mindy McGinnis (HarperCollins/Katherine Tegen)

For more about the Charlotte Zolotow Award, administered by the Cooperative Children’s Book Center, and the 2016 Zolotow Award books, see the complete press release.