Every month, we post an annotated bibliography of books that were rated ‘Outstanding’ and nominated for our Distinguished List at our previous month’s meeting. Members can see full reviews of these books and many more in the December edition of BayViews. 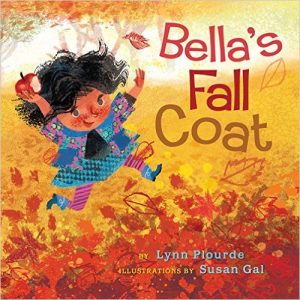 This story about a precocious and carefree young girl who wants her fall coat to last “forever” is full of richly saturated illustrations that scream “autumn”. This book celebrates fall, changing seasons and adapting to change. Bella learns that not everything lasts forever and one can still appreciate the old while embracing the new. This book fully represents autumn and warm, fuzzy feelings. (PS-1)

Moving from ice crystals during a freeze to a darkening sky, and then into snowfall, drifting, a thaw, and then a freeze and snowfall again, this circular story features spare, poetic text, with a delicate rhyme. Clear photos offer a visceral depiction of the dark, chilly days of winter. (PS-2) 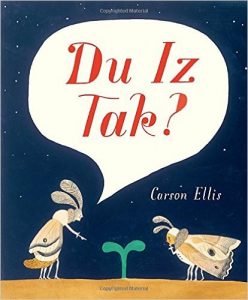 Page by page, a plant grows as sharply-dressed insects speculate — in their own language — about what it might be. The story is simple enough for a first reading, but the real joy comes from noticing new details and understanding more of the language on revisits. (K-3) 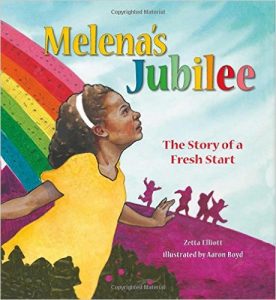 Melena’s Jubilee: The Story of a Fresh Start written by Elliott, Zetta and illustrated by Boyd, Aaron; Tilbury House Publishers 2016

Melena wakes up after a bad day excited about the day ahead; with some encouragement from her mother and grandmother, she embraces the opportunities of the day with both kindness and generosity. Melena’s Jubilee is a refreshing tale about forgiveness and redemption that’s firmly grounded within the African-American tradition of jubilee. (PS-4)

The Sound of Silence written by Goldsaito, Katrina and illustrated by Kuo, Julia; Little, Brown Books for Young Readers 2016

After learning that a koto player’s favorite sound is, Yoshio listens all around him for silence at school and at home. With this soft, gentle story, Goldsaito and Kuo help young readers think about how we can seek out still moments, hearing silence in the midst of our busy lives. (1-5)

The Female of the Species written by McGinnis, Mindy; Katherine Tegen Books 2016

Three small-town white teenagers looking ahead to the next chapter in their lives and escaping their troubles with drinking, drugs, and sex is anything is nothing unusual. But one of these teens is Alex Craft, sister of Anna Craft, who was raped and murdered last year. Brilliantly written, the author leaks bits of Alex’s violent tendencies throughout the story, leading the reader on a fast-paced psychological thriller. (9-12)

Landon wants to play football at his new middle school but is held back by his lack of hearing and the disdain of his teammates. He gains an unexpected ally on the team, and supported by his determined mother and sister and dreamy, big-hearted dad, Landon jubilantly finds his place on the offense line. (4-8)

When their mother dies, Melia and her siblings, in an effort to make sure that they don’t lose their gas station and store, take in a drifter and pass him off as Melia’s long lost father. Melia is an unflinchingly strong character with a voice that feels true to the time (Great Depression-era) and setting (Blue Ridge Mountains, Virginia). (5-8)

To Stay Alive: Mary Ann Graves and the Tragic Journey of the Donner Party written by Brown, Skila; Candlewick 2016

Brown’s latest novel in free verse is told from the point of view of Mary Ann Graves, eldest daughter of a family that was part of the Donner Party. The 1840’s setting, journey, and events are told in a serious way that is most appropriate for older tweens and teens, due to the horrifying nature of their starvation and cannibalism that occurred during this venture to California that went terribly wrong. (7-12)

The Sun is Also a Star written by Yoon, Nicola; Delacorte Press 2016

Daniel, a son of Korean immigrants, is a dreamer. Natasha, on the other hand, is a believer of science and reason whose family is about to be deported this evening. When they meet
one day on a New York City street, it is simply coincidence or fate? This contemporary romance is a multi-layered ode to the connectedness of everything. Yoon handles important issues such as illegal immigration and racism clearly and without judgement, and her unique narrative structure creates a sense of wonder for the rich world behind the mundane details of everyday life. (9-12) In the lowland jungles that form the border between Nepal and India, young Nandu dreams of becoming a mahout, or elephant trainer. Readers are drawn into this world, identifying with Nandu as he struggles to save the elephant stables and home he loves, in this compelling adventure story and call to action. (4-7) 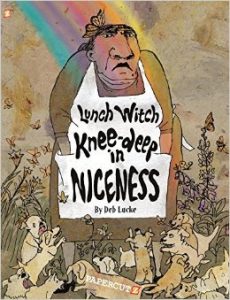 Is full time witch and part-time school-cafeteria cook, Grunhilda Blackheart, going soft? Fearing so, her animal familiars botch an evil-enhancing spell, release a fog of positivity, and leave Grunhilde to face both the cruel justice of the witchy undead and the do-gooding efforts of an overzealous boy scout. Witty, deadpan prose matches splendid illustrations that balance beauty and grime. (4-8)

This graphic retelling of Snow White creatively reimagines the familiar characters to fit a new setting: 1920’s New York City. Muted watercolors and sparse text combine beautifully to convey the drama and emotion of the story. (5-9)

Seemingly destined for a quiet life as a pacifist pastor, Bonhoeffer refused to stand by as Hitler persecuted the Jews. Lucid and dynamic prose follows his moral and physical struggle to battle Nazi evil and original scholarship reveals he was the first to warn Allies of the holocaust. Hand this to fans of Sheinkin, war buffs, and those interested in social justice. Extensive back matter includes a timeline, endnotes, a selected bibliography and index. (5-12) 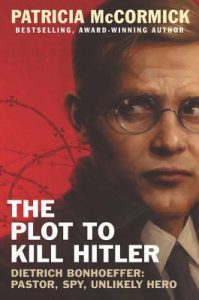 Over 40 fierce women from a wide array of countries are celebrated in this follow-up to Rad American Women A-Z (City Lights, 2015). Women both living and dead are featured in one or two page essays, including indigenous women from several countries, and many from Asia and Africa. Valuable for reports as well as casual reading. (5-12)

Vietnam: A History of the War written by Freedman, Russel; Holiday House 2016

Freedman’s crystal clear prose is the strength of this history of what the Vietnamese call “The American War;” even readers with very little knowledge of this tragic war will be able to follow his narrative.The book design is serviceable if not innovative, with b&w photos every other page, as well as a map, time line, glossary, bibliography, index, and source notes. (5-12) 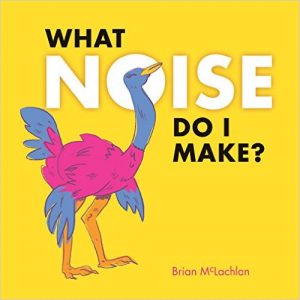 What Noise Do I Make? written and illustrated by McLachlan, Brian; Owlkids Books 2016

“WOARRRRGH”. “Eeeeeee eeeeeee click click click”. This unusual nonfiction book for young children is filled with familiar and unusual animal calls. Each page features a cartoon animal and the name of that animal against a bright monotone background. Turn the page to discover the noise the animal makes. (B/T-2)

Some Writer! The Story of E.B. White written and illustrated by Sweet, Melissa; HMH Books for Young Readers 2016 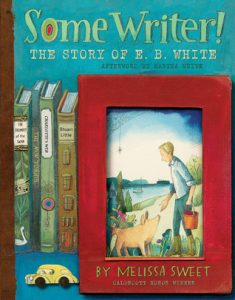 Two time Caldecott Honoree Sweet seamlessly blends photography, correspondence, quotations from various articles and poems and mixed media collage for a compelling profile of a beloved yet reclusive author. “Writer” provides a fascinating portrait of a writer with the remarkable ability to connect with a wide variety of readers-the same skill that Sweet demonstrates in this memorable biography, in a class of its own. (3-7)