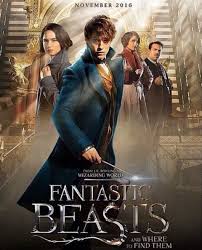 The film adaptation of J.K. Rowling’s “Harry Potter” spinoff “Fantastic Beasts and Where to Find Them” is available on DVD, and many libraries are planning screenings and events. The film was a big financial success, and also received many awards, so a library showing would draw a large audience of all ages. Celebrate the film with a movie showing augmented with crafts and games to make it an all-day event! Here are some programming ideas to make it a fun day:

Refreshments      Since the film is set in the 1920’s, offer candy from that era such as Hershey bars, apple pie, ice cream, and root beer.

Newt Scamander Suitcase Bags: Follow the instructions at this site to make canvas tote bags that look like Newt Scamander’s suitcase. This craft is best for tweens and teens; have an adult to assist with the use of the glue gun. www.thebensonstreet.com/2016/11/18/newt-scamander-suitcase-bag/ 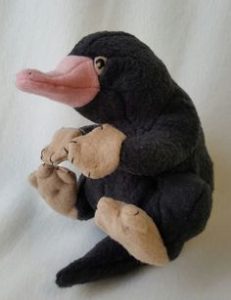 Charleston Dance-off: Play 1920’s music and have participants dance the Charleston! Begin with an instructional session on how to do the dance, then allow participants to dance. Tap out those who are struggling, and see you stays in and who can do the dance the best!

Minature Golf: To go along with the 1920’s setting of the film, make a miniature golf game (since mini-golf was so popular at that time). Purchase or borrow some putting games, and add Fantastic Beasts decorations.

Ring the Niffler: You will need to sew some stuffed animal Nifflers, the platypus-like creatures featured in the film. Here is the pattern: www.pinterest.com/pin/104005072625663253 .  Place three nifflers on a shelf, and have player toss three beanbags to try and knock the niffler off the shelf. Award prizes based on how many (if any) nifflers are knocked down.