Berkeley School Libraries Offer Summer Reading Suggestions: Librarian Mary Ann Scheuer lists books for different grade levels that she compiled for the Berkeley school libraries. Check out her blog for PDFs that are easy to print, that you can offer children visiting your library this summer: http://greatkidbooks.blogspot.com/p/summer-reading-suggestions.html

Blog on Sydney Taylor’s “All of a Kind Family” series: Check out this interesting blog post, recommended by Ruth Gordon, concerning the classic children’s series “All of a Kind Family” – http://forward.com/sisterhood/309334/all-of-a-kind-deja-vu/?utm_content=sisterhood_Newsletter_MainList_Image_Position-1&utm_source=Sailthru&utm_medium=email&utm_term=Sisterhood&utm_campaign=Sisterhood%20Redesign%202015-06-09 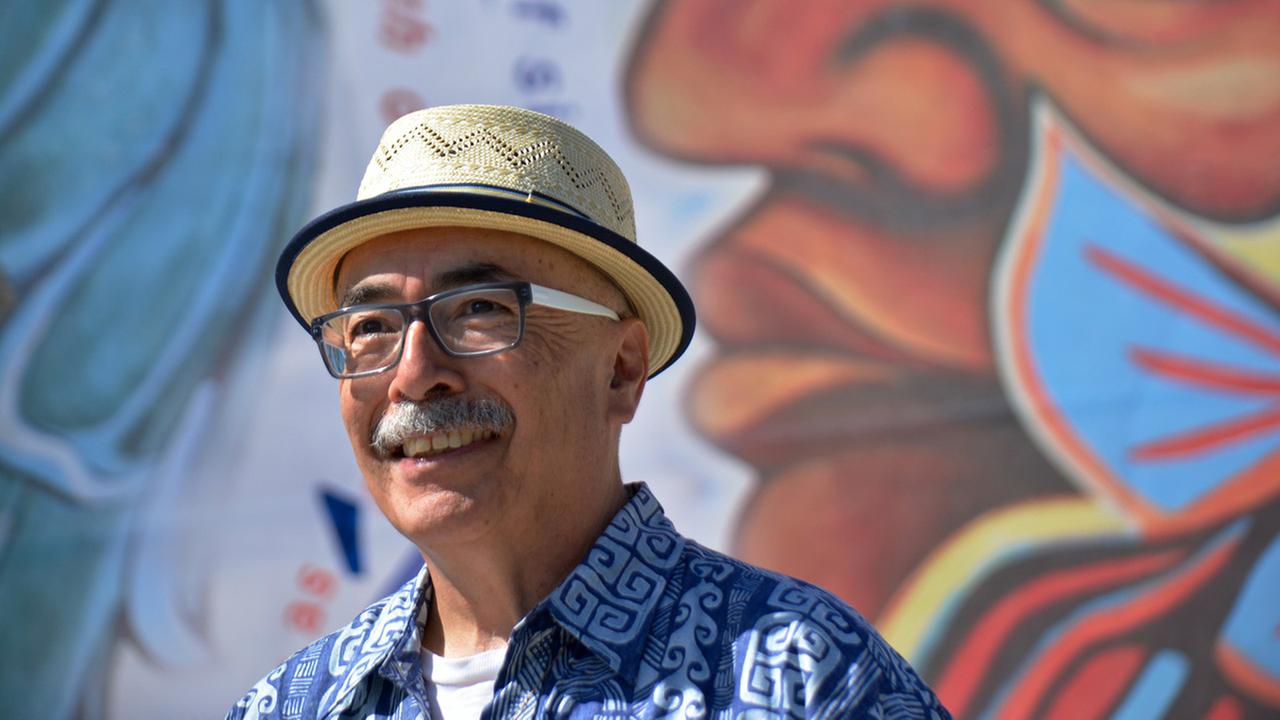 Librarian of Congress Appoints Juan Felipe Herrera Poet Laureate: Librarian of Congress James H. Billington today announced the appointment of Juan Felipe Herrera as the Library’s 21st Poet Laureate Consultant in Poetry, for 2015-2016.  Herrera will take up his duties in the fall, participating in the Library of Congress National Book Festival on Saturday, September 5 and opening the Library’s annual literary season with a reading of his work at the Coolidge Auditorium on Tuesday, September 15.

Herrera, who succeeds Charles Wright as Poet Laureate, is the first Hispanic poet to serve in the position.  He said, “This is a mega-honor for me, for my family and my parents who came up north before and after the Mexican Revolution of 1910—the honor is bigger than me. I want to take everything I have in me, weave it, merge it with the beauty that is in the Library of Congress, all the resources, the guidance of the staff and departments, and launch it with the heart-shaped dreams of the people. It is a miracle of many of us coming together.”

The new Poet Laureate is the author of 28 books of poetry, novels for young adults and collections for children, most recently “Portraits of Hispanic American Heroes” (2014), a picture book showcasing inspirational Hispanic and Latino Americans. His most recent book of poems is “Senegal Taxi” (2013).

Herrera was born in Fowler, California, in 1948. As the son of migrant farm workers, he moved around often, living in tents and trailers along the road in Southern California, and attended school in a variety of small towns from San Francisco to San Diego. In 1972 he graduated from the University of California, Los Angeles (UCLA) with a bachelor’s degree in social anthropology. He then attended Stanford University, where he received a master’s degree in social anthropology, and in 1990 received a Masters of Fine Arts at the University of Iowa Writers’ Workshop.

Herrera has written over a dozen poetry collections, including “Half the World in Light: New and Selected Poems” (2008), which received the National Book Critics Circle Award and the International Latino Book Award. He is also a celebrated young adult and children’s book author. His honors include the Américas Award for both “Cinnamon Girl: letters found inside a cereal box” (2005) and “Crashboomlove: A Novel in Verse” (1999), as well as the Independent Publisher Book Award for “Featherless / Desplumado” (2005), the Ezra Jack Keats Award for “Calling the Doves” (1995) and the Pura Belpré Author Honor Award for both “Portraits of Hispanic American Heroes” and “Laughing Out Loud, I Fly” (1998).

Herrera has served as the chair of the Chicano and Latin American Studies Department at California State University, Fresno, and held the Tomas Rivera Endowed Chair in the Creative Writing Department at the University of California, Riverside, where he taught until retiring in 2015. He is currently a visiting professor in the Department of American Ethnic Studies at the University of Washington, Seattle. Elected as a chancellor for the Academy of American Poets in 2011, he also served as the Poet Laureate of California from 2012-2015.