Each month we post an annotated bibliography of books that were rated ‘Outstanding’ and nominated for our Distinguished List at our previous month’s meeting.  Members can see full reviews of these books and many more in the February edition of BayViews.  Not a member?  Join, come to our monthly meetings, and hear about these Outstanding books in person! 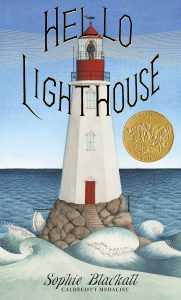 Winner of the 2019 Caldecott Award, Hello Lighthouse takes its readers on a visual journey of expansiveness and minuteness as it follows the life of a lighthouse’s final keeper.  The full page illustrations and simple text make this a perfect read aloud to both preschool and school-aged audiences.  (Grades PreK-3.) 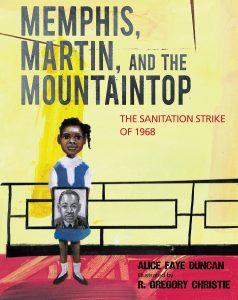 Memphis, Martin, and the Mountaintop: The Sanitation Strike of 1968 written by Duncan, Alice Faye and illustrated by Christie, R. Gregory; Calkins Creek/Highlights, 2018.

This historical fiction story of Lorraine Walker, daughter of a sanitation worker participating in the strike that was among Dr. King’s last activities.  Christie was awarded a Coretta Scott King Honor for his gouache paintings depicting the dignity of a group of men tired of being marginalized.  (3-6.)

Fox thinks tigers are the best, and painting on stripes becomes one.  When rain destroys the illusion, an admiring squirrel steps in.  Expressive colored pencil and ink illustrations complement simple, well-crafted text.  A rich and satisfying beginning reader.  (PreK-2.)

A gripping middle-grade historical fiction novel which tells the story of the partition of Hindu India and Muslim Pakistan in 1947 through the journal entries of 12-year-old Nisha, a child of a mixed-faith marriage.  (5-9.) 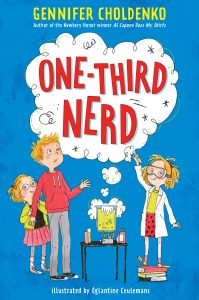 Fifth grader Liam and his family have problems with the dog, landlord, and neighbors, which they finally figure out by working together.  (3-7.) 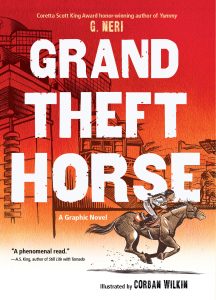 Based on the life recollections of Gail Ruffu, a horse trainer in California.  Her horse, Urgent Envoy, of which she owned 20%, was forced by her business partners to run early, and run again following and injury.  To protect him she took him away during the night and kept him in hiding for years.  (6-12.) 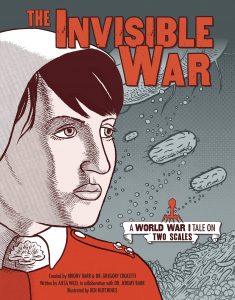 The Invisible War: A World War I Tale on Two Scales written by Wild, Alisa and illustrated by Hutchings, Ben; Graphic Universe/Lerner, 2019.

This graphic novel depicts the “interior” battles of a nurse as her body fights infection by lethal dysentery bacteria while struggling to help wounded soldiers during WWI.  (5-12.)

Lion of the Sky: Haiku for All Seasons written by Salas, Laura Purdie and illustrated by López, Mercè; Millbrook, 2019.

Due to innovative practices, the endangered giant panda population is increasing, and those efforts are described in this case study filled with color photos.  A 2019 Sibert Honor winner.  (4-8.)

In Chicago in 1919, a week-long race riot began that took 38 lives and injured more than 500 people; a history of the city is also included.  The book design is as equally engaging as the dynamic text, offering many b&w photos, political cartoons, a map, and sidebars.  Winner of the 2019 Coretta Scott King Author award.  (7-12.) 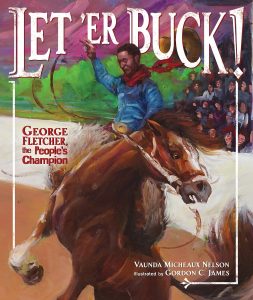 A brief incident from an Oregon rodeo in 1911 is recounted in this nonfiction book on the sport, focusing on African-American cowboy George Fletcher.  The book excels by giving a great deal of information on rodeos and the importance of African-American cowboys, often using folksy language from cowboy culture.  (2-5.)

Katherine Paterson Named E.B. White Award Recipient »
« DO IT YOURSELF PROGRAMMING – A Universe of Stories