Every month, we post an annotated bibliography of books that were rated ‘Outstanding’ and nominated for our Distinguished List at our previous month’s meeting. Members can see full reviews of these books and many more in the June edition of BayViews.

Meet the Dullards by Sara Pennypacker; illustrated by Daniel Salmieri

Balzer + Bray, 2015.
Shocked at discovering their children reading, the Dullards quickly replace books with blank paper and begin a campaign to shield their offspring from upsetting commotions such as a snail crossing the driveway. Subtle humor and witty illustrations delight in this warmly subversive take on controlling parents. (Kindergarten – Grade 3)

My Bike written and illustrated by Byron Barton
Greenwillow, 2015.
Tom rides his bike to work, past cars, trucks, and even monkeys and elephants, before donning clown makeup to ride a unicycle in the circus. The simple sentences, bright colors, and bold images with tons of toddler appeal make this transportation themed story a real winner. (Baby/Toddler – Preschool)

Disney Hyperion, 2015.
The Menotti Dupre family, a blend of American, Italian and Ethiopian, has their peaceful life in Ethiopia upended when Italy invades the country. Wein’s skill at historical fiction shines again; she addresses war, racism, sexism and conflicting cultural norms in a moving, complex and very compelling story. (Grades 7 – 11)

If You Find This by Matthew Baker

Little, Brown, 2015.
Nicholas and two other alienated seventh graders pull together to find heirlooms that could save Nicholas’s home. Confused grandfathers, musical and mathematical notation, and the tree where Nicholas talks with his dead brother, make for an amusing, heartfelt, and somewhat sophisticated piece of writing. (Grades 6 – 8)

Listen, Slowly by Thanhha Lai
HarperCollins, 2015.
Mai, known as Mia at school, is a twelve-year-old self-proclaimed Laguna Beach girl, and she is reluctantly spending her summer in Vietnam with her grandmother Bà. Readers will want to read this book slowly to savor Mai’s character, and the affecting backstory involving Bà’s journey (Grades 3 – 7)

A Plague of Bogles by Catherine Jinks; illustrated by Sarah Watts

Houghton Mifflin Harcourt, 2015.
In this second book in a series, Jem, down on his luck, convinces Alfred the bogler to come out of retirement, but the bogles aren’t acting the way they usually do, upping the danger for Jem, and the excitement for the reader. (Grades 4 – 7)

Simon vs. the Homo Sapiens Agenda by Becky Albertalli
Balzer + Bray, 2015.
High school junior Simon Spier is gay, though not out, and as his anonymous email relationship with another gay student develops, he begins to examine his life and relationships with his friends and family. Albertalli’s debut novel combines an upbeat and breezy tone with thoughtful reflections on contemporary social mores. (Grades 8 – 10)

Atheneum, 2015.
This compelling historical novel begins as eleven-year-old Stella and her brother witness the Ku Klux Klan burning a cross. This story of the 1930s segregated south is made accessible through a relatable main character who is at once both ordinary and extraordinary. (Grades 4 – 8) 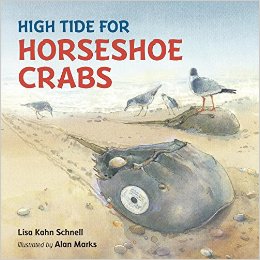