Author/Illustrator Eric Hill Dies:  Eric Hill, the creator of the “Spot” the dog picture books with the flaps, has died at his home in California at the age of 86. He is considered the pioneer of the “lift the flap” type of book for children, and “Spot” was so successful it was turned into a television series.  Debuting in 1980, the books have been translated into more than 60 languages, and sold more than 60 million copies. Born in London in 1927, Hill received the Order of the British Empire in 2008. For more information, see: www.slj.com/2014/06/obituary/spot-the-dog-author-and-illustrator-eric-hill-passes-at-86/#_ .

passed away on Sunday after a long illness. She was publisher of Frances Foster Books at Farrar, Straus, and Giroux Children’s from 1995 to 2013, when she retired due to her illness. Foster worked in children’s publishing for over 55 years. Foster worked on the Newbery Medal book Holes by Louis Sachar, and Peter Sis’s Caldecott Honor books. Macmillan reports that, in lieu “of a funeral, a memorial service will be planned for late fall or early summer.”  For more information, see:  www.slj.com/2014/06/obituary/beloved-childrens-book-editor-frances-foster-dies-at-83/. 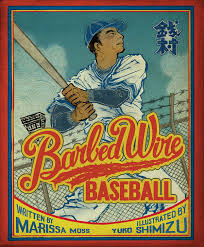