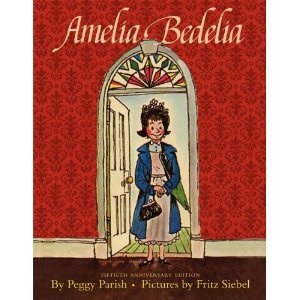 Marissa Moss Finishes “Amelia’s Notebook” Series: Marissa Moss announced that she will conclude the popular tween fictional journal series featuring Amelia, who has appeared in books over the past 20 years, which have sold more than five million copies. The final book is titled Amelia’s Middle-School Graduation Yearbook and was published in April 2015 by Moss’s publishing company Creston Books. www.berkeleyside.com/2015/05/18/berkeley-author-marissa-moss-says-goodby-to-amelia-a-character-that-has-delighted-readers-for-20-years/. The Farmer and the Clown by Marla Frazee, published by Beach Lane Books, an imprint of Simon & Schuster Children’s Publishing Division

It’s Only Stanley by Jon Agee, published by Dial Books for Young Readers, an imprint of Penguin Group USA

Once Upon an Alphabet by Oliver Jeffers, published by Philomel Books, an imprint of Penguin Group USA 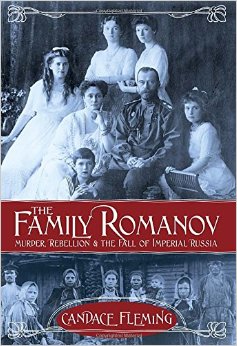 The Family Romanov: Murder, Rebellion, and the Fall of Imperial Russia by Candace Fleming, published by Schwartz & Wade Books, an imprint of Random House Children’s Books

The Boys Who Challenged Hitler: Knud Pedersen and the Churchill Club by Phillip Hoose, published by Farrar Straus Giroux Books for Young Readers, an imprint of Macmillan Children’s Publishing Group

More information can be found by visiting the awards website: www.hbook.com/boston-globe-horn-book-awards.

The awards will be given at the Boston Globe–Horn Book Awards Ceremony on Friday, October 2nd, 2015, at Simmons College in Boston, Massachusetts. The event begins with speeches by the awardees, followed by an autographing session and a celebratory evening reception. The following day, Saturday, October 3rd, The Horn Book at Simmons Colloquium features the award winners and honorees in talks, panel discussions, and small-group sessions, offering librarians, educators, and children’s literature professionals a chance to examine critical issues relevant to children’s and young adult literature. The theme of this year’s Colloquium is “Transformations.” More information on The Horn Book at Simmons can be found at www.hbook.com/bghb-hbas.