The popular, nonprofit, and educational Women’s History Month website returns in March.  Now in its third consecutive year, the blog, KidLit Celebrates Women’s History Month founded by librarians, Margo Tanenbaum of The Fourth Musketeer and Lisa Taylor of Shelf-Employed, brings together distinguished authors and illustrators of books related to women’s history with librarians and bloggers from across North America. Each day features a new essay, commentary or review by some of the most noted writers in the field of literature for young people.

The blog will publish daily from March 1 through March 31, and will once again feature original posts from well-known, award-winning writers, illustrators, and bloggers.  A complete lineup of contributors may be found on the site. Interested readers can sign up to “follow” the blog, or receive it via email. Visit the site at http://kidlitwhm.blogspot.com to see “following” options, an archive of past contributions, and links to educational resources. 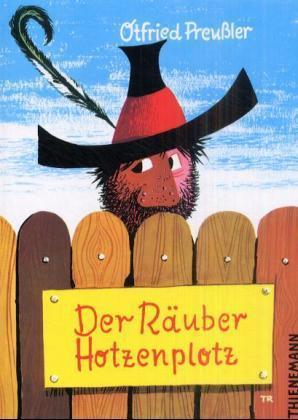 Otfried Preussler, a German children’s author whose books about wizards, witches and water spirits sold 50 million copies and whose half-century-old word choices recently inspired fierce debate, died on Feb. 18 in Prien am Chiemsee, Germany. He was 89. His publisher, Thienemann Verlag, announced his death. He is survived by a daughter.

Mr. Preussler’s books were read aloud to generations of German children. They adored his characters, among them a freedom-seeking scarecrow; young wizards who can turn into ravens at any second; and, most famously, Hotzenplotz, a robber who deftly outwits Dimpfelmoser, an inept policeman. Otfried Preussler was born into a family of teachers in Reichenberg, Czechoslovakia (now Liberec in the Czech Republic), on Oct. 23, 1923. As a boy he loved hearing the old German and Slavic folk tales, and he began writing his own stories at 12. He was drafted into the German Army after graduating from high school in 1942 and served on the Eastern front. He spent five years as a captive of the Soviets.

When he was released in 1949, he moved to the Bavarian town of Rosenheim, where he was a teacher and principal in a primary school, supplementing his income as a reporter for a local newspaper and a writer for children’s radio programs. His first success came in 1956 with “The Little Water Sprite.” In 1962 he created Hotzenplotz. The first book sold 7.5 million copies worldwide and spawned two sequels and two movies. He once said his life’s mission was providing “food for fantasy.”