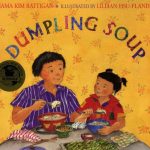 Make paper Hawaiian leis as shown here ; I separate each flower with a one inch cut from a plastic drinking straw, which is easy to thread onto the yarn.

For a movement activity, do a variation of “The Hokey Pokey,” and other great activities offered by Sharon Navarro of the Moreno Valley Public Library. See her outline here.

Feeney, Stephanie. A IS FOR ALOHA.    An alphabet book celebrating Hawaii, with black and white photos.

Fellows, Rebecca. A LEI FOR TUTU.    Nahoa looks forward to Lei Day, until Tutu gets sick.

Martin, Rafe. SHARK GOD.    A brother and sister are imprisoned by a king, but because they freed a shark caught in a net, the Shark God comes to their rescue.

Samuels, Barbara. ALOHA, DOLORES.    Dolores and her cat Duncan enter a contest to win a trip to Hawaii.

Takayama, Sandi. SUMORELLA: A HAWAII CINDERELLA STORY.    Mango Boy is teased for being skinny, so he dreams of becoming a sumo wrestler.

Williams, Laura. TORCH FISHING WITH THE SUN.    Makoa worries about his aging grandfather.