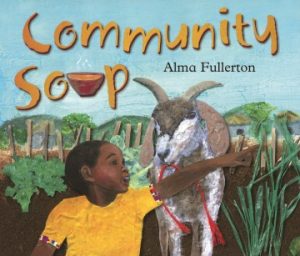 Many of our communities have residents whose families originally came from countries in Africa. A fun storytime can involve stories from Kenya. For a craft project, make Kigogo games out of egg cartons, similar to Mancala: www.ehow.com/way_5406357_kenyan-crafts-children-make.html .

Barasch, Lynne. First Come the Zebra. Boys from two different tribes learn to become friends so they can save a toddler from a warthog.

Browne, Eileen. Handa’s Hen. In this counting story set in Kenya, Handa and her friend Akeyo search for grandmother’s hen.

Browne, Eileen. Handa’s Noisy Night. While at her friend’s house for a sleepover, Handa is kept awake by lots of different animal sounds.

Chamberlin, Mary. Mama Panya’s Pancakes. In this variation on “Stone Soup,” a boy invites all his friends to enjoy the pancakes his mother is making, although she is afraid she won’t have enough to go around.

Cunnane, Kelly. For You Are a Kenyan Child. Daily life in a modern Kenyan village is described.

Deedy, Carmen Agra. 14 Cows for America. In this picture book for older children, Kenya gives the U.S. 14 cows in the wake of the 9/11 attacks to help the country heal.

Fullerton, Alma. Community Soup. Children grow vegetables at school hoping to make soup but a goat eats from the garden.

Kirk, Daniel. Rhino in the House. The true story of Anna Merz and the black rhino she saved.

Nyong’o, Lupita. Sulwe. Sulwe is teased for her dark skin but comes to understand she is beautiful.

Walters, Eric. The Matutu. A boy and his grandfather ride the bus on the boy’s fifth birthday.