Each month, we’ll post an annotated bibliography of books that have been rated ‘Outstanding’ and nominated for our Distinguished List in the previous month.

Members can see full reviews of the following books and many more in the March edition of BayViews.

In this companion to Spoon (2009), the Chopsticks are best friends and do everything together—until they attempt a tricky maneuver on an asparagus spear and one of them breaks. With a clear and positive friendship message, Magoon’s charming digital art and plenty of verbal and visual puns, this is a surefire hit for storytime. (Grades PreK-1)

This poignant picture book describes a relatively common practice in China: parents who work so far from home they can only visit their families for a few days each New Year’s. Great for one-on-one reading, or for a primary grade classroom read-aloud. (Grades PreK-3)

The Princess of Borscht by Leda Schubert; illustrated by Bonnie Christensen. Roaring Brook, 2011.

When Ruthie’s grandmother is in the hospital with pneumonia, she declares she needs borscht by 5 p.m., or she might starve. Home they go to make it – but where’s the recipe? A charming multicultural story spanning several themes: illness, generations and cooking. (Grades 2-4). 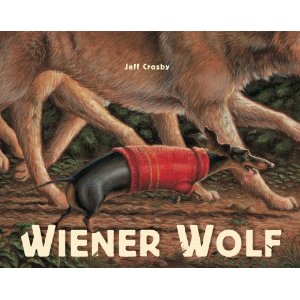 Weiner Dog is bored and restless so seeing wolves on television is the call-of-the-wild he has been waiting for, and he runs away to the forest. This book is funny, exciting, and maybe a little scary with a comfy no-place-like-home ending. (Grades PreK-2)

The Apothecary by Maile Meloy; illustrated by Ian Schoenherr. Putnam, 2011.

Shortly after arriving in London, 14-year-old Janie stumbles onto a murder and teams up with new classmate Benjamin in a daring attempt to subvert a nuclear test. A mesmerizing mix of magic and 1950’s cold-war intrigue gives this engrossing fantasy a fresh feel. (Grades 5-8).

In the fantasy medieval country of Carthya, 15-year-old Sage becomes involved in a plot to save his country from civil war. The plot is packed with adventure and intrigue, and includes several surprises along the way, before reaching a satisfyingly action-packed conclusion. (Grades 5-8).

This affectionately humorous story of four generations of women from an Irish family tackles the themes of facing death and facing the death of a loved one. Readers will relish the richness of the language and the nuances of the writing. (Grades 5-8)

Set in the far North in the distant past, three royal children are sent to an isolated settlement to protect them from their father’s rival.  Weaving in stories of the Norse gods, Kirby builds a claustrophobic and sinister atmosphere, which ultimately erupts into a thrilling climax. (Grades 5-8).

The Lions of Little Rock by Kristin Levine. Putnam, 2012.

The setting is 1959 Little Rock, a year after integration and a tender and mutually beneficial but fragile friendship between two junior high girls lies at the heart of this story. Terrific history revealed through an equally terrific story. (Grades 5-8).

Snow in Summer: Fairest of Them All by Jane Yolen. Philomel, 2011.

Veteran author Jane Yolen weaves the tale of an Appalachian Snow White set in the 1940s in West Virginia. The combination of vivid imagery with an authentic setting,  cre­ates a fascinating, moving, and often heartrending coming-of-age story. (Grades 5-8)

Cymbril,  a slave on Thunder Rake, a wheeled fortified city, strives to free herself and an imprisoned boy. The story moves along at a brisk pace and is filled with wonderful, original characters and subtle and fulfilling magic. (Grades 5-9).

A tribute to the Underground Railroad, Freedom… includes seventeen poems and paintings putting the reader right in the picture. Simple and complex at the same time, this is truly a remarkable book. (Grades 3-Adult).

Chick and Chickie Play All Day by Claude Ponti. Toon, 2012.

“What do you want to play?” Chick asks his friend Chickie, as they start this giggle-inducing comic book for beginning readers. With simple dialog and clear design features, this Level 1 Toon book will engage new readers with its humor and surprises. (Grades PreK-1).