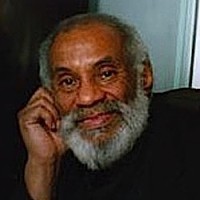 Leo Dillon, who collaborated with wife Diane to earn two Caldecott Medals and many other awards, died on May 26, 2012. Leo Dillon was 79 years of age, and died from complications from lung surgery. The couple won back-to-back Caldecott Medals for Why Mosquitoes Buzz in People’s Ears in 1976 and Ashanti to Zulu: African Traditions in 1977. They illustrated many children’s books, as well as distinctive book covers, often reflecting Leo’s African-American culture. They received the Coretta Scott King Medal for Illustration in 1991 for Aida, as well as five CSK Honor books over their career. Leo Dillon was the first African-American to receive the Caldecott; he was born in Brooklyn, and met Diane at the Parsons School of Design. http://www.nytimes.com/2012/05/31/books/leo-dillon-illustrator-of-childrens-books-dies-at-79.html .

Ellen Levine, award-winning author, teacher, mentor, and passionate advocate for social justice, died on May 26 after a battle with lung cancer. Ms. Levine graduated magna cum laude from Brandeis University, M.A. University of Chicago, and J.D. NYU School of Law. She was the author of fiction and non-fiction for children, young readers and adults that focused on important social issues and historical periods. Her rigorous research and devotion to accuracy made her stories compelling. Henry’s Freedom Box (Caldecott Honor) is the true story of a slave who mailed himself to freedom; Darkness Over Denmark details the rescue of Jews by the Danes in World War II; A Fence Away from Freedom details the internment of Japanese Americans in the 1940s; Freedom’s Children, a profile of young black civil rights activists in the 1960s; I Hate English, about a Chinese girl struggling to learn English, has become a resource for ESL teachers. Her most recent novel, In Trouble, the story of two pregnant girls in the l950’s, reflects her profound belief that the right to choose abortion is an individual choice, and that whatever one’s ultimate decision, it must be viewed with compassion and respect. Prior to her writing career, Ellen clerked for Chief Judge Joseph Lord, Eastern District of Pennsylvania, and practiced law for the Prisoners Rights Project, NY Legal Aid Society. “I grew up,” she wrote, “knowing there were battles to be fought and worlds to change.” http://www.legacy.com/obituaries/nytimes/obituary.aspx?n=ellen-levine&pid=157842058 .

Peter D. Sieruta, author, reviewer, and respected voice behind the blog Collecting Children’s Books, died suddenly at his Michigan home on May 25, after suffering complications from a fall. He was 53. He was known to many for his knowledgeable and opinionated posts about the books (and book creators) that were of passionate interest to him. As a print author, he penned Heartbeats and Other Stories (HarperCollins, 1989) a collection for teens that embraced such themes as sibling rivalry, first love and friendship. At the time of his death, he was co-authoring a work tentatively titled Wild Things!: Untold Stories Behind the Most Beloved Children’s Books and Their Creators which is scheduled to be published by Candlewick next year. http://www.publishersweekly.com/pw/by-topic/authors/obituaries/article/52162-obituary-peter-d-sieruta.html .