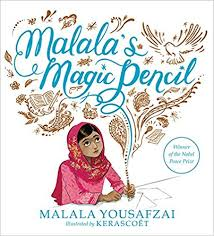 Jane Addams 2018 Book Award:  Malala’s Magic Pencil was named the 2018 ALA Jane Addams winner for best book for younger children that promotes peace. Written by Malala Yousafzai and illustrated by Kerascoet, this picture book is published by Little Brown. Yousafzai is the Nobel Peace Prize winner who promotes education for girls worldwide, including in her native Afghanistan. One Honor book was selected: Before She Was Harriet by Lesa Cline-Ransome, illustrated by James Ransome, a picture book on Harriet Tubman published by Holiday House.

Sara Holbrook won the award in the books for older children category for The Enemy: 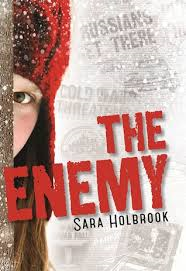 Detroit, 1954, published by Calkins Creek. Three Honor books were named: Fred Korematus Speaks Up by Laura Atkins and Stan Yogi, illustrated by Yutaka Houlette, published by Heyday; Midnight Without a Moon by Linda Williams Jackson, published by Houghton Mifflin Harcourt; and Piecing Me Together by Renee Watson, published by Bloomsbury. www.youtube.com/watch?v=ef57i_deoIs .

Edgar Awards for Best Mysteries Announced »
« “Beyond the Binary” Resources