Kate DiCamillo Named Ambassador of Young People’s Literature
Newbery Medalist Kate DiCamillo has been named the Ambassador of Young People’s Literature by the Library of Congress. The two-year position was begun in 2008 with the mission to advocate for reading and for children’s books. DeCamillo’s work includes the tween novels Because of Winn Dixie (Candlewick, 2000), Tale of Despereaux (2003), Flora and Ulysses (2013), and two popular easy reader series: one featuring pet pig “Mercy Watson,” and the other series starring friends “Bink and Gollie.” She is the fourth person named to this position, following Jon Scieszka, Katherine Patterson, and Walter Dean Myers. For more information, see: www.nytimes.com/2014/01/02/books/kate-dicamillo-to-be-ambassador-of-young-peoples-literature.html?ref=todayspaper&_r=0 . 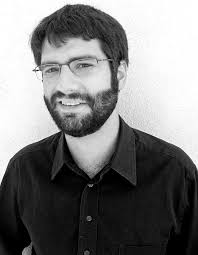 Ned Vizzini, author of several young adult novels, died on December Dec. 19, 2013 in Brooklyn. According to his father, Vizzini jumped off the roof of the building where his parents live, committing suicide. Previously, the author spoke openly about suffering from depression. One of his most popular novels, It’s Kind of a Funny Story (Hyperion, 2006), which was made into a film with the same title, depicts a young man in a psych ward, based on personal experience. He also wrote Be More Chill (2004),  The Other Normals (2012), and House of Secrets (2013), the first of a planned fantasy trilogy he co-wrote with Chris Columbus. For more information, see: www.nytimes.com/2013/12/21/books/ned-vizzini-author-of-teenage-novels-dies-at-32.html?_r=0