Berkeley PL Director Resigns: Jeff Scott has resigned from his post as director of the 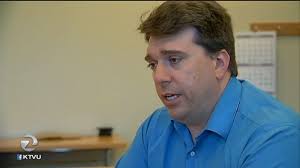 Berkeley Public Library (CA) after opposition to his policies on weeding materials from the collection: www.insidebayarea.com/breaking-news/ci_28734895/berkeley-library-director-resigns

Barefoot Gen Anniversary Project: In recognition of the 70th anniversary of the bombing of Hiroshima, San Francisco publisher Last Gasp is in the process of producing a new hardcover edition of volumes 1 – 4 of the graphic novel  Barefoot Gen  to be donated to schools and libraries.

Barefoot Gen is the story of wartime Japan, focusing on the bombing of Hiroshima and its aftermath. The book’s creator, Keiji Nakazawa, is not only a graphic novelist but a childhood survivor of the attack. His candid and stunning details of the horrors of war have rendered Barefoot Gen a powerful tool of education and a classic of children’s literature worldwide.

The publisher believes that it’s imperative for future generations to have access to Nakazawa’s story to serve as a tangible warning of the impact of war. To this end, Last Gasp has mounted a crowdfunding campaign in order to print & distribute 4000 copies of a new hardcover edition to be donated to schools and libraries.

They have a Kickstarter page to help raise funds for this project. There is also a link to a form you can use to nominate a school or library to receive free copies.  www.kickstarter.com/projects/1784498350/barefoot-gen-for-schools-and-libraries

Here’s a link to an autobiographical comic by Raina Telgemeier about her childhood introduction to Barefoot Gen: http://goraina.com/webcomics/beginnings/