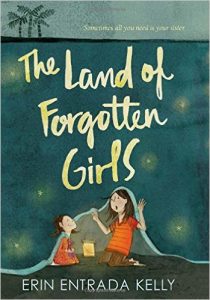 Trainwreck: The Women We Love to Hate, Mock, and Fear… and Why by Sady Doyle (Melville House)

We Believe You: Survivors of Campus Sexual Assault Speak Out by Annie E. Clark and Andrea L. Pino (Macmillan/Holt). 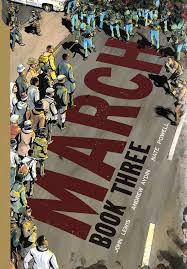 Adult Category:  The We Need Diverse Books™ Walter Award Judging Committee has confirmed selections for the second annual Walter Dean Myers Award for Outstanding Children’s Literature – Young Adult Category. One Winner and three Honorees have been named. The Walter Dean Myers Award, also known as “The Walter” is named for prolific children’s and young adult author Walter Dean Myers (1937-2014). Myers was the third National Ambassador for Young People’s Literature, appointed in 2012, as well as a champion of diversity in children’s and YA books. The Walter’s mission is to honor Myers’ memory and his literary heritage, as well as celebrate diversity in teen literature.

The winner of the 2017 Walter Award (2017) is March: Book Three by Congressman John Lewis and Andrew Aydin, with art by Nate Powell.The three honorees, in alphabetical order by author, are Watched by Marina Budhos, If I Was Your Girl by Meredith Russo, The Sun Is Also a Star by Nicola Yoon.

In 2018, the Walter will be expanded to include Middle Grade titles, in addition to the existing Young Adult category. Plans to add a Picture Book category in the future are underway. The co-chairs for the 2018 Judging Committee are Terry Hong and Maria Salvadore. Kathie Weinberg and Terry Hong will assume Co-director roles for The Walter Award, effective immediately. In this capacity, they will oversee the Walter Judging Committee, coordinate with publishers, generate publicity for the Award, and present the annual Award event.