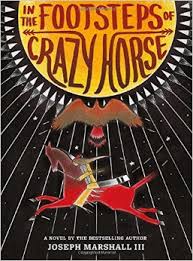 Published in 2013 by Orca Book Publishers

Sitting Bull: Lakota Warrior and Defender of His People

Written and illustrated by S.D. Nelson

Published in 2015 by Abrams Books for Young Readers

In the Footsteps of Crazy Horse

Published in 2015 by Amulet Books

Published in 2014 by Annick Press

Her Land, Her Love

Published in 2016 by Salina Bookshelf

The lecture, titled “Bookjoy! ¡Alegría en los libros!,” will be held at 7 p.m. on Friday, April 15, 2016 at the Santa Barbara City College’s Garvin Theatre. Required tickets are free for the lecture and must be obtained through the Santa Barbara Public Library System. To learn more about acquiring tickets and event details, please visit the 2016 May Hill Arbuthnot Honor Lecture website at www.ala.org/alsc/2016-arbuthnot-lecture . Hotel information is also available on the Arbuthnot website. 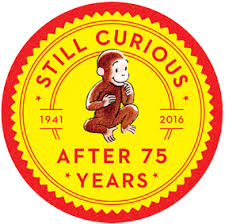 Rey’s classic tale Curious George, a fun-filled story about one precocious little monkey with a boundless love for discovery. This book has since taken a special place in the hearts of children and adults all over the world.

To celebrate this anniversary milestone, Houghton Mifflin Harcourt Books for Young Readers, in partnership with the American Booksellers Association, is launching a special storytime event celebration: Get Curious About Reading! One grand prize winner will receive a selection of Curious George books for your classroom, and 75 runners up will receive a copy of Curious George Learns to Count from 1 to 100. Enter here now!

Are you a school, library, or bookstore interested in joining the fun? Download a free Get Curious About Reading kit here. Be sure to check out the 100 Days of School resources for teachers here.