Congratulations to our members who were elected to ALA offices! The following members of the Association of Children’s Librarians (of Northern California) were recently elected to ALA Office or Committees! Help us congratulate them!

Jane Addams Awards Announced:  The 2015 Jane Addams Book Awards, celebrating peace and social justice, were announced on April 28, 2015. The winner for Younger Children is Duncan Tonatiuh’s Separate Is Never Equal: Sylvia Mendez and Her Family’s Fight for Desegregation. The winner for Older Children is Teri Kanefield’s The Girl from the Tar Paper School: Barbara Rose Johns and the Advent of the Civil Rights Movement. Both books were published by Abrams. Two honor books in the Older Children category were named: Revolution by Deborah Wiles (Scholastic) and Silver People: Voices from the Panama Canal (HMH). Two honor books were also named in the Younger Children category: Whispering Town by Jennifer Elvgren (Kar-Ben) and Shooting at the Stars: The Christmas Truce of 1914 by John Hendrix (Abrams).   www.janeaddamspeace.org/

New ACL BayNews Posted: The May 2015 BayNews (the newsletter for the Association of Children’s Librarians of Northern California) is now available on our website: 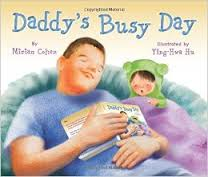 http://www.bayviews.org . You will find the the first part of our Spring Board Book Round-up, Readalikes for James Patterson’s bestselling “I Funny” series, new storytime themes on Legendary Heroes, Sidekicks, and Ballet, hands-on programming ideas for STEAM (Science, Tech, Engineering, Art, and Math) and much more. Thanks! Penny Peck