A common task asked of children entering Kindergarten is to say their phone number. This is more difficult than it used to be, since now a child needs to learn the home phone, mom’s cell number, etc. So to help in Kindergarten Readiness Skills, a storytime on the telephone will be useful, and fun!

The story just needs to mention the phone; you can follow it up with an activity to help the preschoolers write their phone numbers, like the coloring sheet available at first-school. Also, bring in a few toy telephones so the kids can practice. 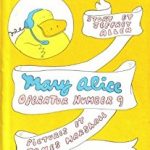 Bemelmans, Ludwig. MADELINE.      The doctor phones for an ambulance when Madeline has appendicitis.

Kurtz, Jane. I’M CALLING MOLLY.      Christopher has just learned Molly’s phone number, so he calls her daily to see if she can play.

Raschka, Chris. RING! YO?      We see just one side of a phone conversation between two friends.

Allen, Jeffrey. MARY ALICE, OPERATOR NUMBER 9.      When the phone operator is sick, none of her substitutes can do the job. There is also a sequel, MARY ALICE RETURNS.

Wells, Rosemary. SHY CHARLES.      When his babysitter falls down the stairs, Charles must call the emergency service.

Wells, Rosemary. GOOD NIGHT, FRED.      Fred breaks the phone while jumping on the couch; he is concerned since he thinks grandma lives in the phone.

Gambrell, Jamey. TELEPHONE.      Animals call to tell about their problems.