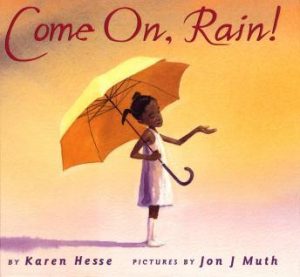 Some libraries have noticed fewer boys attending their programs.  Science themes appeal to boys (and girls), and are fun – that’s why kids enjoy visiting the Lawrence Hall of Science and other science museums.  During the winter months, storytime can include books on rain and snow.   An activity you could include is an art project based on Charles Shaw’s IT LOOKED LIKE SPILT MILK. 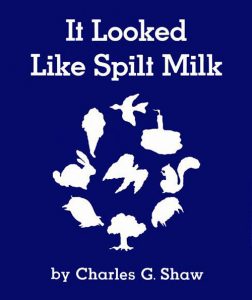 -Cut out a white “cloud” and glue to blue (sky) paper.

-Glue packing peanuts to blue paper to resemble a snowstorm.

-Make a rainbow windsock by taping strips of colored tissue paper to a paper tube and hang on the porch.

-Make paper snowflakes like those found in SNIP, SNIP, SNOW!