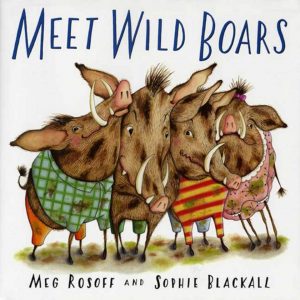 Here is a fun storytime about Gross things in science. For an art activity, make bubbles with added green and yellow food coloring, to look like snot! The kids will love this! Also, check out ideas in Sylvia Branzei’s Hands-on Grossology.

Beaumont, Karen.   I AIN’T GONNA PAINT NO MORE!    Paint gets everywhere in this hilarious spinoff of a popular children’s song.

DeRegniers, Beatrice Schenk.   WHAT DID YOU PUT IN YOUR POCKET?    In this cumulative tale, squishy things like pudding or ice cream end up in pockets.

Grossman, Bill.   MY LITTLE SISTER ATE ONE HARE.    In this counting book, sister is dressed as a magician and eats lots of disgusting things – with a disgusting outcome.

Ross, Tony.   DON’T DO THAT!    Nellie gets her finger stuck up her nose, and all kinds of people try to help her get it unstuck.

Shannon, David.   NO DAVID!    David does several naughty things including picking his nose, and running down the street naked!

Taback, Simms.   THERE WAS AN OLD LADY WHO SWALLOWED A FLY.    Die-cut holes and vibrant folk art illustrations lend distinction to this interpretation of the classic children’s song.

Tekavec, Heather.   WHAT’S THAT AWFUL SMELL?    A group of animals investigate the smell in their barn and discover a little piglet that is the cause.