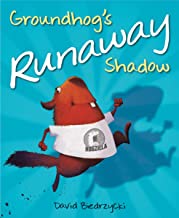 Biedrzycki, David. Groundhog’s Runaway Shadow. As they get older, Phil Groundhog and his shadow have different interests and part. But they reunite because they miss their friendship.

Breen, Laura. I See a Shadow. A simple rhyming story of what makes a shadow.

Freeman, Don. Gregory’s Shadow. Gregory and his shadow are separated shortly before their scheduled appearance on Groundhog Day.

Pace. Anne Marie. Groundhug Day. As Moose plans his Valentine’s Day party, he worries that Groundhog won’t attend if he sees his shadow.

Pearlman, Robb. Groundhog’s Day Off. Tired of being asked about the weather, Groundhog goes on vacation.