Novel-Ties Videos Offered by Multnomah County Library: Check out this new resource from the Multnomah County Library (Oregon): Novel-Ties! https://multcolib.org/educators/school-corps/novelties. Multnomah County Library School Corps librarians wanted to share these videos, in hopes they will be useful in serving schools, educators and library workers. Cathy Camper, a School Corps librarian, sent this message: “Novel-ties videos will introduce fiction for 4th-8th grade students that was published in late 2014 and early 2015. We’ve chosen titles specifically for their discussability, and most titles received multiple starred reviews. We’ve included discussion/extension ideas and related websites for each. These videos work best on computers and laptops; some features will not work on tablets or mobile devices.” 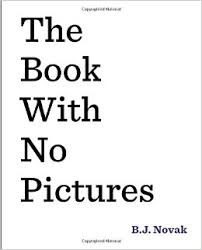 Bridge To Reading 2016 Award Nominees Announced: www.bridgetoreading.com/?page_id=29 . The Bridge to Reading Picture Book Award nominees have been announced. The purpose of this award is to promote early literacy and reading. Ten books have been nominated, including B.J. Novak’s The Book With No Pictures and Brian Won’s Hooray for Hat!